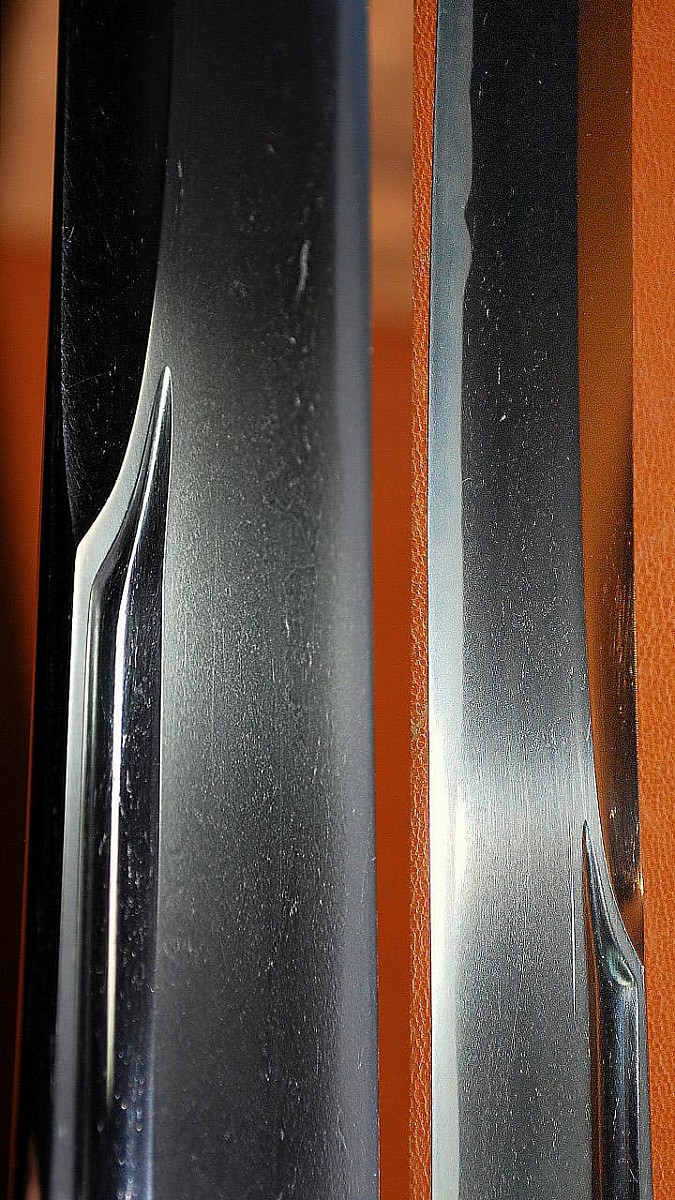 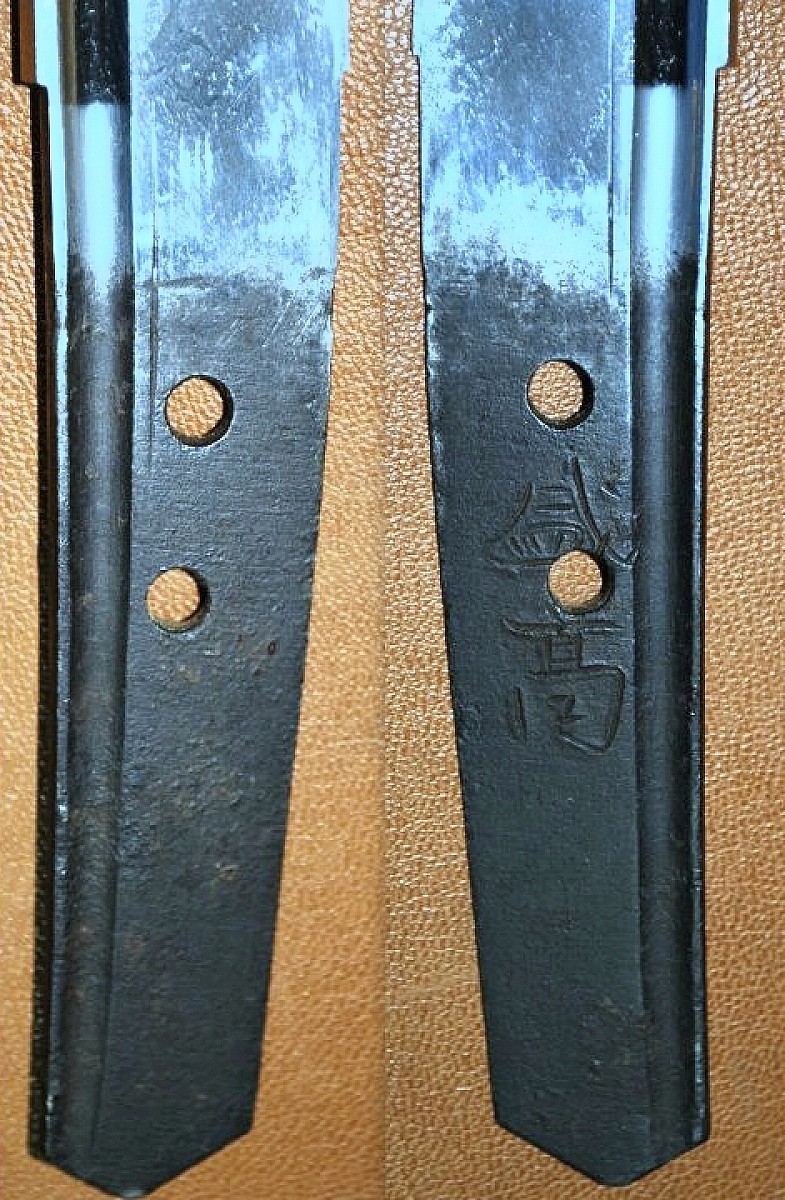 A Tantō of the Warrior Monks of the Kongōbyōe School

The Kongōbyōe school was established in the early Kamakura era, gaining a reputation throughout the Kotō era and into the Shintō era, to a modern day factory producing swords to this day by the descendants of the Moritaka clan. In the early period, the school struggled in maintaining it's reputation, due mainly to the growing strength of the monasteries, whose growing armies gave them a sense of power. This sense of power that caused them to express this power in unwarranted demands on the central government. Mainly, they objected to perceived preferential treatment by the government in favour of monasteries in Kyō. The government, upset over this, presumed authority classified the people of Kyūshū as ignorant peasants, and it seems the swordsmiths mistakenly fell under this same classification. One only needs to examine an early Kongōbyōe sword to realize the truth of this mistake.

The Kongōbyōe school produced a very unique style of workmanship in mokume or itame mixture often with masame along the ha, covered in chikei resulting in a unique and pleasing hada pattern. The shape has a high shinogi and a wide shinogi-ji in koshi-sori sugata, with small to medium kissaki. Usually, a thick kasane, utsuri or shirake utsuri often appears in Kotō works.

The pictures of the tantō that appear in the following pages is owned by Mr. Francesco de Feo of Italy. The tantō is 30 cm, in u-no-zukuri shape with the naginata-hi that runs all the way through the nakago, which I find unusual for a tantō. The mune is also unusual, as it is done in round maru mune. The blade has shirake utsuri, and bears a two character signature of “Moritaka”. This sword is the work of the third generation Moritaka, 1350-1380 (main productive period) and a late work possibly even 1394. The kitae is in mokume / itame grain with flowing masame in the ha. It is nie deki with nie in the ji and it is covered in chikei. The bōshi is maru with brushing at tip, with kaeri. The temper line is in hoso-suguha, the nioi is shizumi, and contains hotsure and kinsuji. The nakago is in sotoba tip (the shape of a pointed headstone), has two holes and may have been shortened (slight machiokuri?). The yasurime is katte-sagari.

Remarks: This tantō has a classical shape and appears to have a tight kitae finely worked. This type of style was first evident in the Kamakura era, and became very popular during Muromachi. I have not personally examined this tantō, but from the very good photos I feel confident in my decision to say this tantō was made by the 3rd generation Moritaka, AD 1390.

Editors Note: This is a fabulous example of Kongōbyōe work, from the utsuri to the creeping masame near the ha with a finely worked jihada. The larger elements are seen mixed with the fine hada, typical for the school. This is a nice healthy sample over 600 years old as Mr. Fimio has pointed out. The stubby nakago is typical for the period, and I agree it may be very slightly machiokuri, but an excellent job if it is.

This tantō was presented for exhibition by Francesco de Feo has a very rare sugata construction: unokubi-zukuri (鵜首造) that can be literary translated as "cormorant neck".

One can find the followed description of this time of the shape for tantō: "Sword construction similar to kanmuri-otoshi but here only the middle part of the shinogi-ji is slanted while the base and kissaki area are normal. Unokubi-zukuri blades sometimes come with a yokote." Encyclopedia of Japanese Swords by Markus Sesko, Lulu Enterprises, Inc, 2014, p. 509. 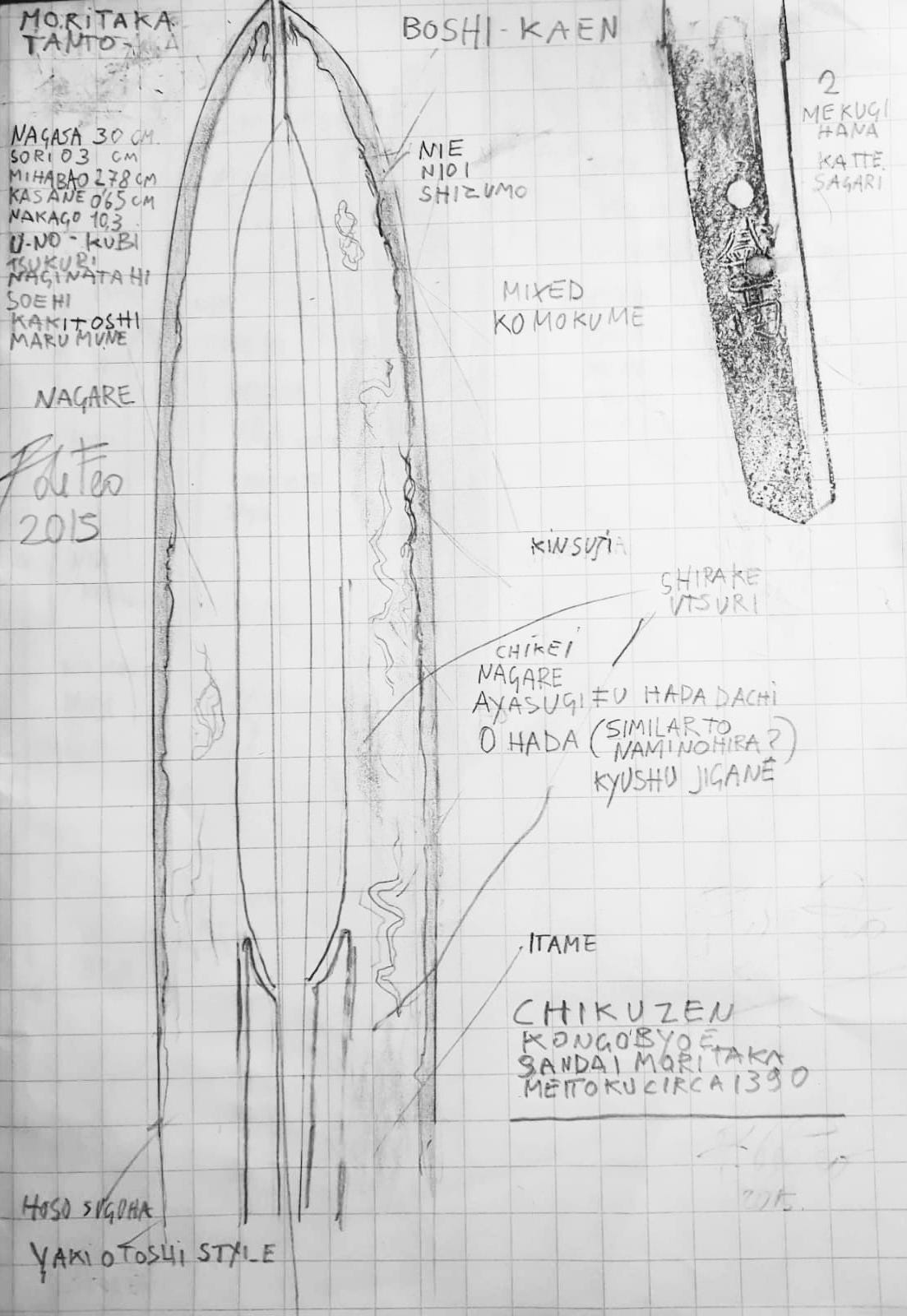 Figure 1. Oshigata and construction feature's description of the Moritaka tantō made by Francesco de Feo at one time on a regular copybook sheet.

According to Francesco de Feo, sugata and characteristic features of this tantō such as maru-mune, ji-ba, kissaki, are quite rare to find in others Kongōbyōe School swords. This style is very closely consistent with the more conservative Chikuzen style. Even more, this tantō is one of the rarest example of a signed swords between the Kongōbyōe School works. It is necessary to be pointed here that there is only one existent Jūyō Tōken tantō (Jūyō #23) signed: Kongōbyōe Minamoto Moritaka (金剛兵衛源盛高) and dated: the 1st of February, 1346. In addition, the name Mori Taka by itself, contains a very positive energetic power inside as it could be literary translated as: the increasing strength.