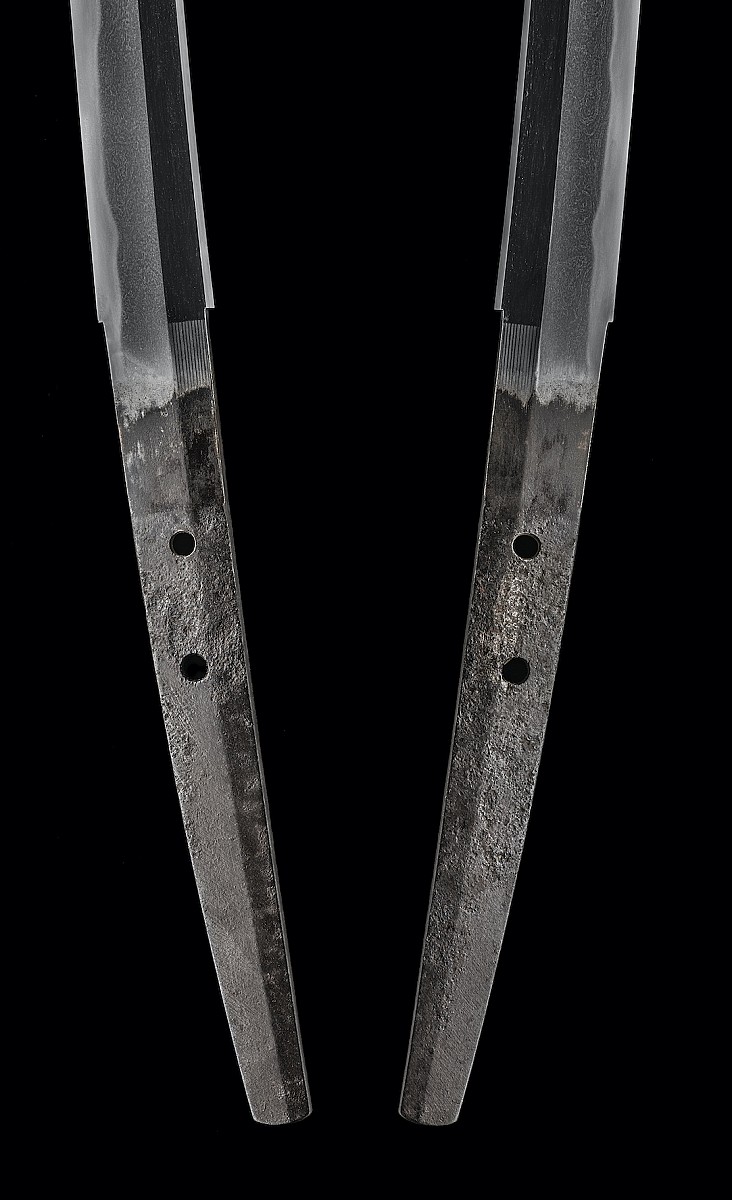 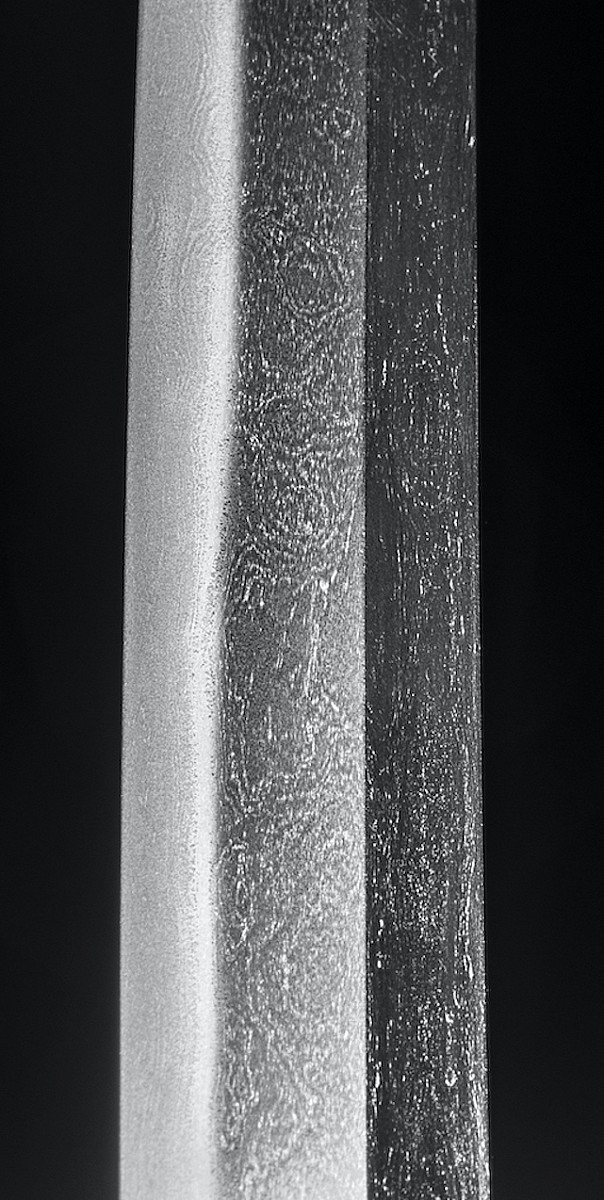 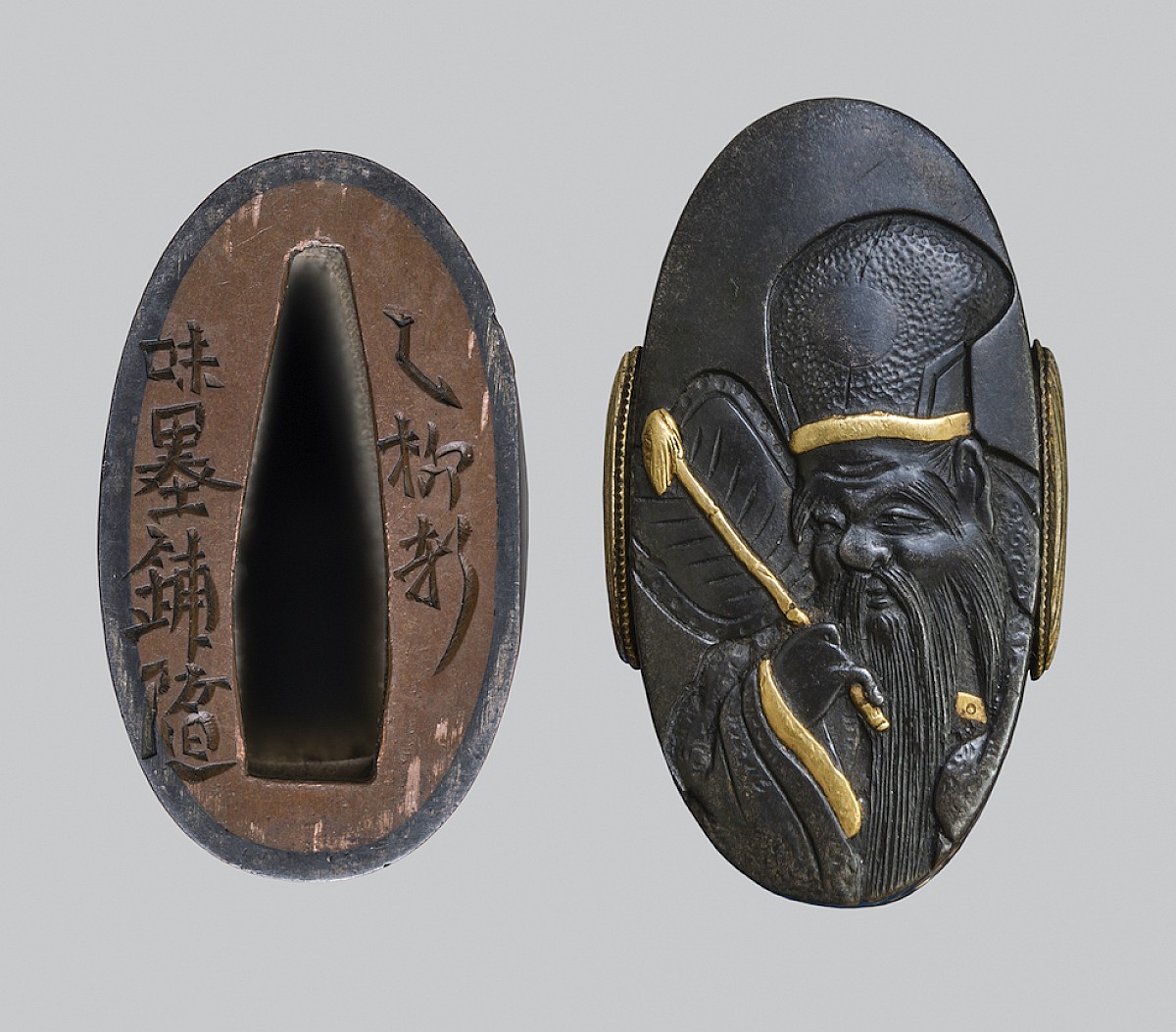 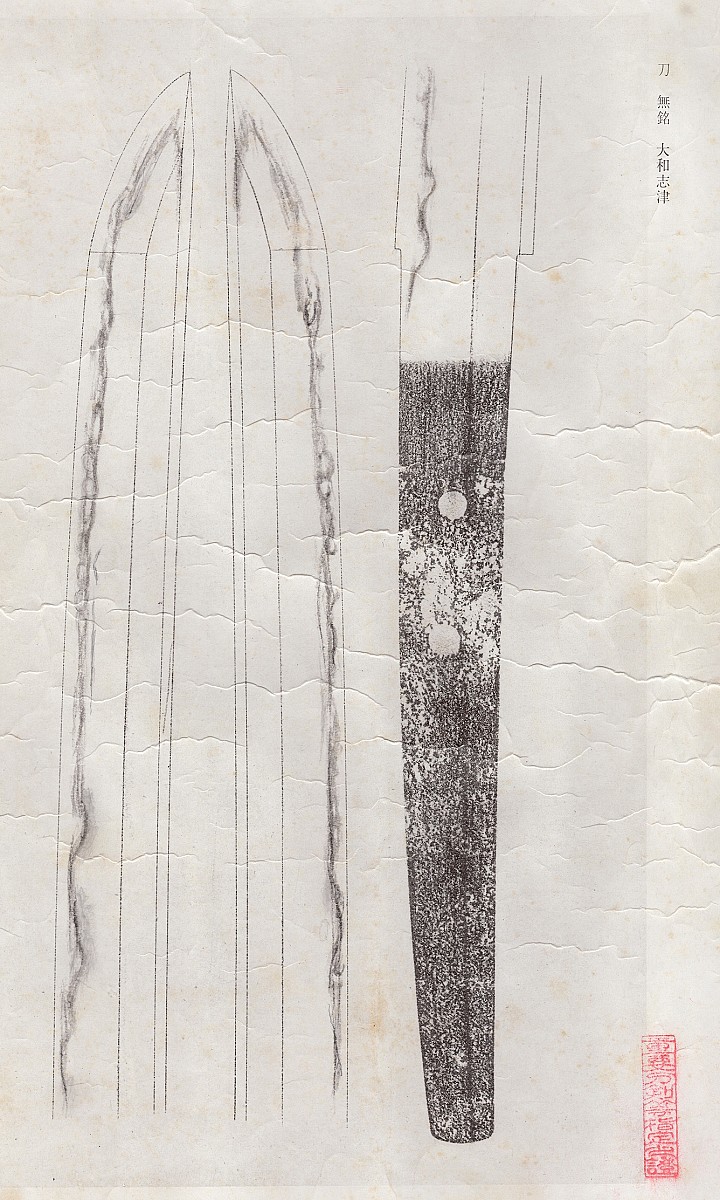 Jūyō Tōken Yamato Shizu Katana: nagasa: 71.46 сm; sori: 1.8 сm; motohaba: 2.9 сm; sakihaba: 2.1 cm; kissaki nagasa: 4.35 cm; nakago nagasa: 20.95 сm; nakago sori: 0.15 сm; without a signature, attributed as Yamato Shizu (Kaneuji), sayagaki Kanzan Satō—autumn 1968; was exhibited at the Sano Museum of Fine Arts (founded in 1966 by Sano Ryūichi, 1889–1977) as an heirloom of the Katō (加藤) clan from the city of Mishima (三島); there are documents and pictures proving its exhibition in the Sano Museum of Fine Arts (佐野美術館). Former owners were Katō Kuninori (加藤邦祝), Katō Kiyoshi (加藤清), and Katō Haruyoshi (加藤晴義). The sword is presented together with a koshirae made for the sword in modern times.

Although this sword has been shortened, the nagasa was preserved with a very good length—over 71 cm—which, in combination with its considerable thickness and the absence of a groove, makes it rather heavy and weighty. It was manufactured in the Yamato style but features a much more saturated chikei than is usually observed in “pure” works in the Yamato style. We can notice a brighter, lighter jigane and much greater activity of hamon (hataraki) elements in the ha area than could be seen in works made in the “pure” Yamato style.

Therefore, this sword demonstrates a higher quality of work and a greater degree of the smith’s craftsmanship. Due to these factors, it was attributed as Shizu Kaneuji, which is a vivid example of the conventional way that particular works were attributed to different categories of Kaneuji. The Kaneuji category is one of the most difficult for experts, because sometimes a sword looks very much like Kaneuji’s, yet the probability that it was made by another master is high. The main feature that calls for classifying it as Shizu—surely, in the presence of all other mandatory features—is higher-quality manufacturing and the master’s degree of control over the activity elements in the hardening area.

This sword shows an excellent degree of preservation. Since its manufacture, the sword was obviously subjected to a few polishing procedures. On the tang, between the two mekugi-ana, there is an area of deformation that is not typical of the natural processes of metal aging. The fact that this area occurs in the same place on both sides suggests that the sword previously had either shu-mei or kinzōgan-mei, which was removed later. Between the first mekugi-ana and the machi, we can see a slightly unnatural color on the nakago that may be traces of a previous temperature effect, not accompanied by any mechanical impact. It is quite probable that this sword was in a fire, but not to the extent that a re-hardening was required; that is, the temperature effect was brief and non-destructive. 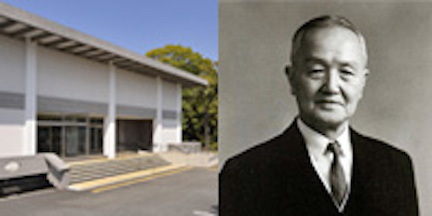 Generally, it can be noted that this is a good and worthy work, which most probably was actually forged by Kaneuji himself. The sword is not a rarity, because there are too many others with similar features and attribution dispersed throughout the world. This sword stands out from the multitude of similar items only by its excellent degree of preservation, the quality of its manufacturing, and its known origin (the ownership history). In addition, it is sometimes rather hard to document whether a sword was exhibited in a museum, if it was not included in the catalog or any information booklets issued for the exhibition. This sword is a rare exception. The fact that it was on permanent exhibition for a rather long period of time in the Sano Museum of Fine Arts is confirmed by extant old pictures. There is a picture of the stand where the sword was exhibited with a picture of the corresponding label placed above the sword, bearing its brief description and information that this sword was provided by Katō Kiyoshi for the exhibition. During its exhibition in the museum, the sword had an uchigatana-koshirae that did not survive with the sword. Later, a new koshirae was manufactured for this sword, which is shown in the pictures. 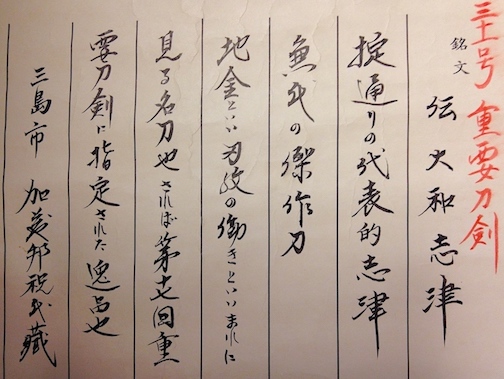 A representative masterwork and reference example of Shizu Kaneuji. The jigane is excellent as are the hataraki of the hamon. A fine sword which is only rarely found and as it is such an object of rare beauty. It got jûyô status at the 17th jūyō-shinsa [must read 18th jūyō-shinsa]. Owned by Mr. Katō Kuninori (加藤邦祝) from Mishima City. 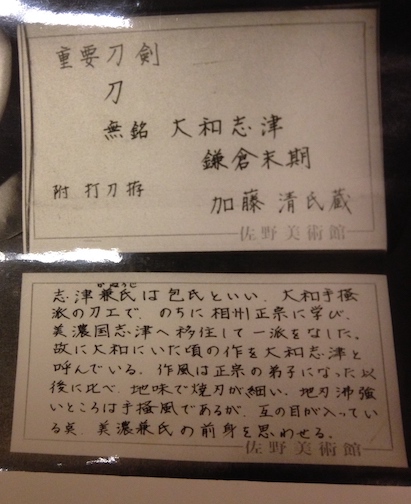 Shizu Kaneuji (志津兼氏) wrote his name also with the characters (包氏). He was a smith from the Yamato-Tegai school who became a student of Sōshū Masamune (正宗) and who moved afterwards to Shizu in Mino province where he founded his own school. Works made around the time when he was still in Yamato are referred to as Yamato-Shizu. Compared to his later style after studying under Masamune, they are more unobtrusive, have a more narrow hamon, and strong nie in ji and ha as it is typical for the Tegai school. But they are already mixed with some gunome, a feature which can be regarded as forerunner of the later Mino Kaneuji style. 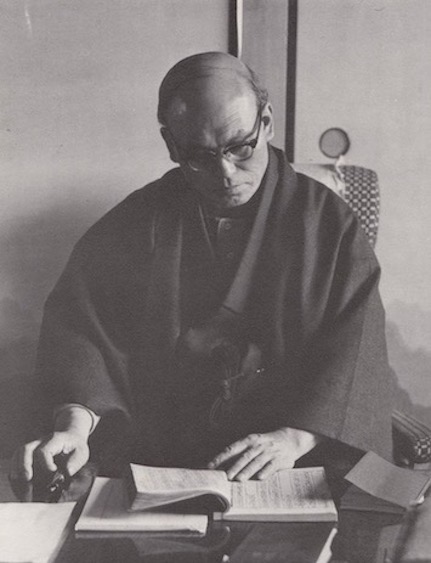 Sayagaki: 大和志津。無銘也。刃長二(貮)尺参寸五分有之。昭和戊申◯秋吉日。寒山誌。Yamato Shizu, unsigned, nagasa: 2 shaku, 3 sun, 5 bu, on a lucky day in the fall of the Year of the Monkey of the Shōwa era (1968), written by Kanzan (Satō) + Kaō.