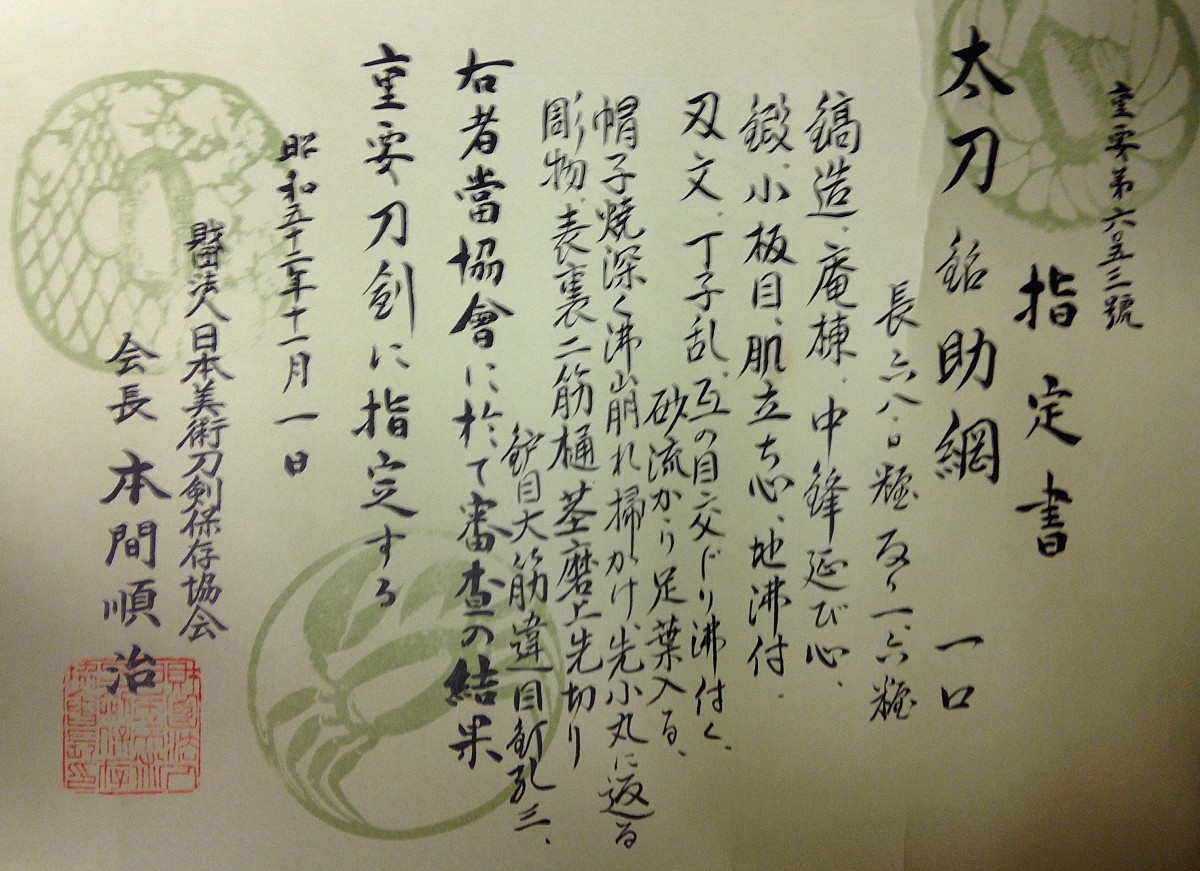 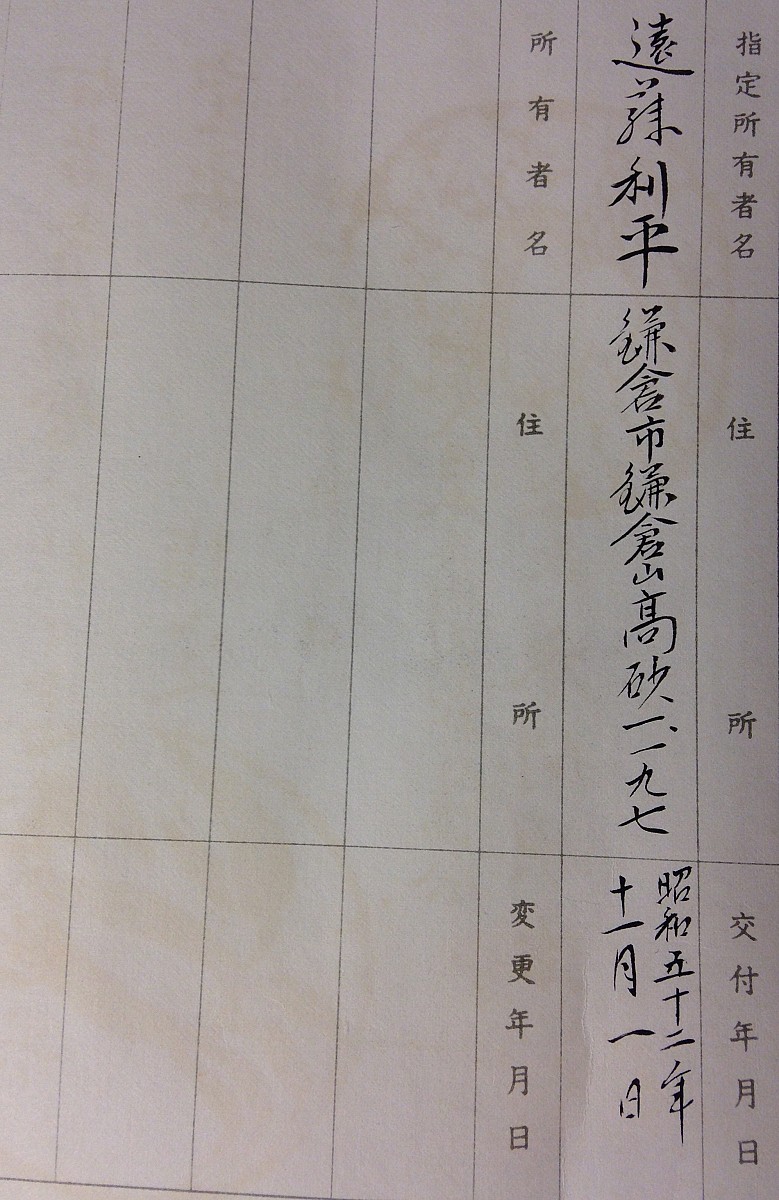 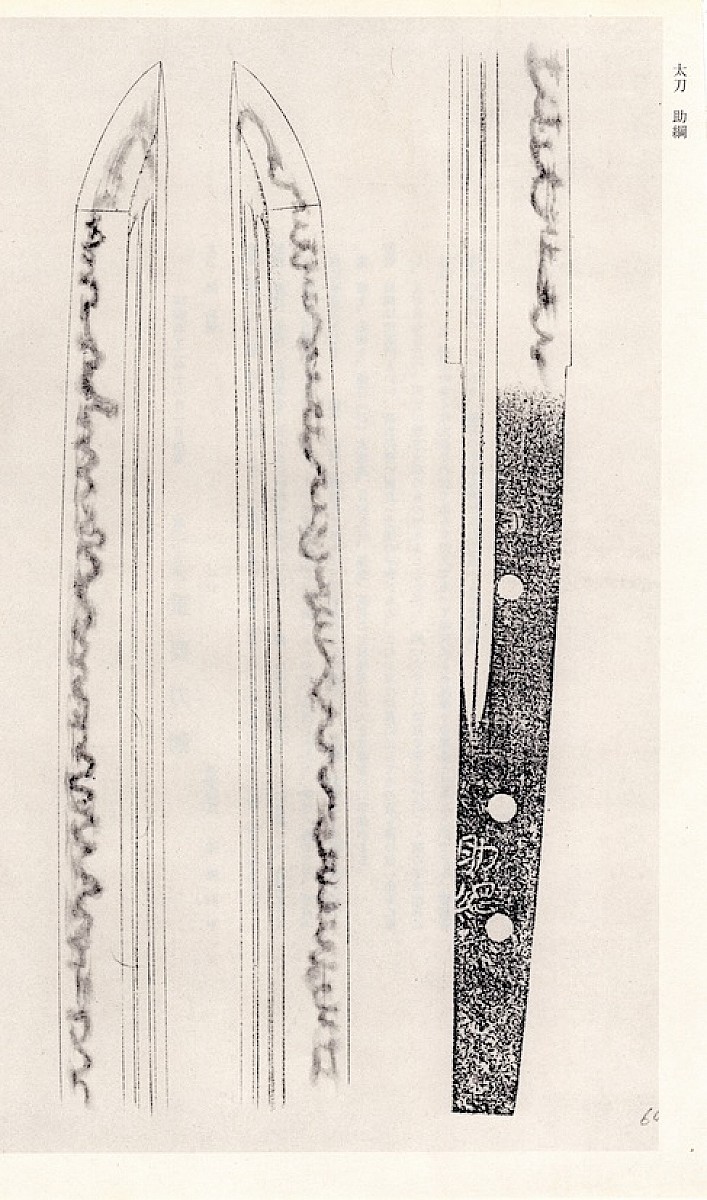 Designated as Jūyō Tōken at the 25th jūyō-shinsa held on the 1st of November 1977.

The sword has been shortened; there is a signature, “Suke Tsuna,” on the haki-omote side; the sayagaki was written by Satō Kanzan in July 1970 (the translation is given at the end of the chapter). Provenance: Endō Toshihira (遠藤利平) (Kamakura) and Frederick M. Weissberg (San Francisco, USA, one of the most famous American collectors and experts, the owner of www.nihonto.com). The sword is presented with an authentic koshirae made in the beginning of Shōwa era.

The sword presented here is a very important item for research purposes because it is one of only four surviving swords that bear Suketsuna’s authentic signature. Endō Toshihira, who is one of the former owners of this sword, obviously felt great reverence for it. He conducted an independent study of its signature and manufacturing features. The results of this study were verified by Dr. Honma Junji and published in his book Kantō Hibi Shō (鑑刀日々抄). With respect to the signature, he concluded that it is slightly different from Suketsuna’s usual signature and obviously referred to a later period of the master’s activity, and the sword itself was also produced in this later period. This time interval was determined by Dr. Honma as “closer to the late Kamakura period.” The signature on this very sword is very similar to that of Sukezane, the kanji “助” of these masters being almost identical in this case. In addition, the size of the signature on this sword is slightly smaller than the other surviving variants of Suketsuna’s signature. This is another reason why this variant is closest to Sukezane in style and provides another confirmation that kanji of a smaller size in Sukezane’s signatures date to a later period. Thus, for research purposes, it is difficult to overestimate the importance of this surviving sword signed by Suketsuna. 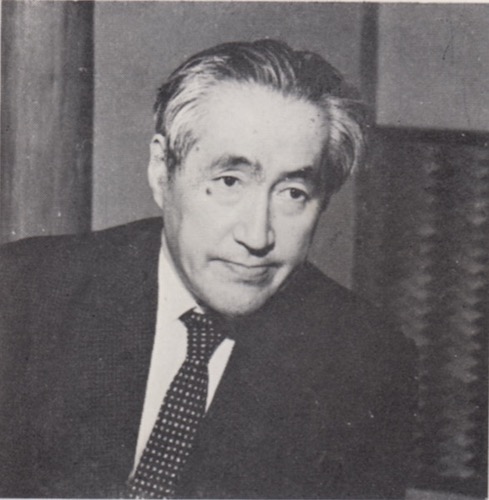 Another important point that attracted the attention of Endō Toshihira and Dr. Honma is that this signature has preserved a good “pattern.” Together with its location (close to the nakago-mune), this allows us to determine the direction of the chiseling movement: from right to left, when engraved by the master. It is usually impossible to arrive at such a conclusion when the signature has not preserved enough, or the tang was shortened too much. That is, too much of a shortening does not provide a sufficiently clear idea of its original location. Besides, the nakago of this sword has preserved large-enough fragments of the original yasurime, which is completely identical to the filing on other swords signed by Suketsuna. It is also fully consistent with descriptions in old sources concerning this master’s work.

With respect to this signature, it is the most well-preserved and readable signature of Suketsuna’s. Therefore, it is the most valuable for research purposes, as stated above. For this very reason, it is mentioned as a reference standard in many publications, especially where the focus is on research and “reference,” rather than on the historical value of the sword.

(excerpt from Chapter 2, pp.28-39, of the Japanese Swords: Sōshū-den Masterpieces )