31 may 2021
Gotō Mitsuhisa was known as a very skillful master of the late Edo period. He was the nephew of Gotō Ichijō (後藤一乗) and worked in the Ichijō style. 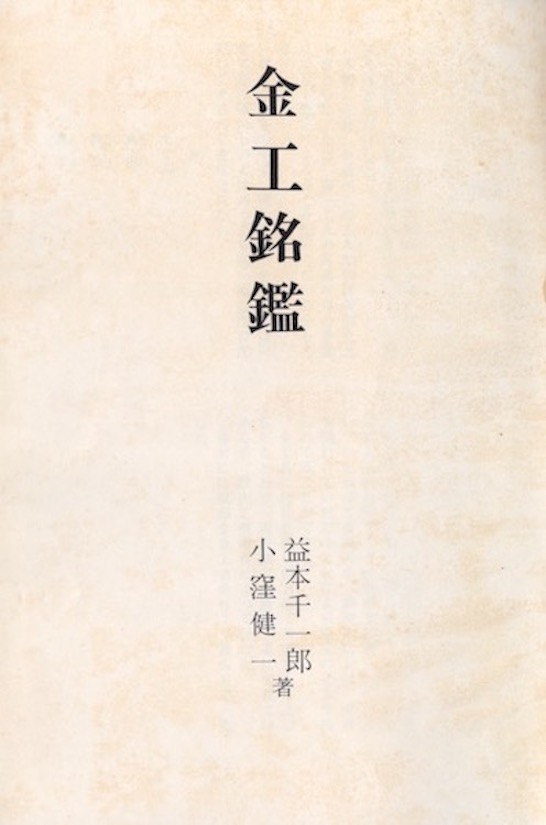 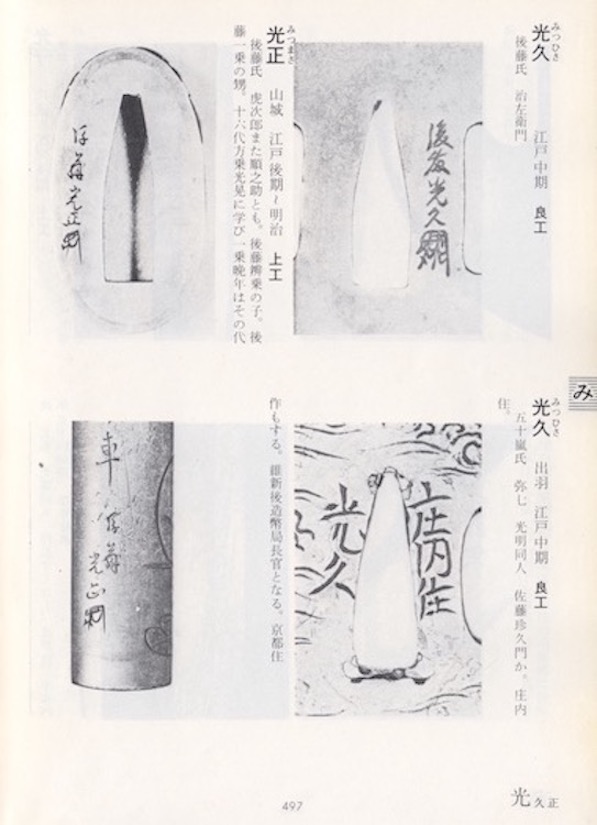 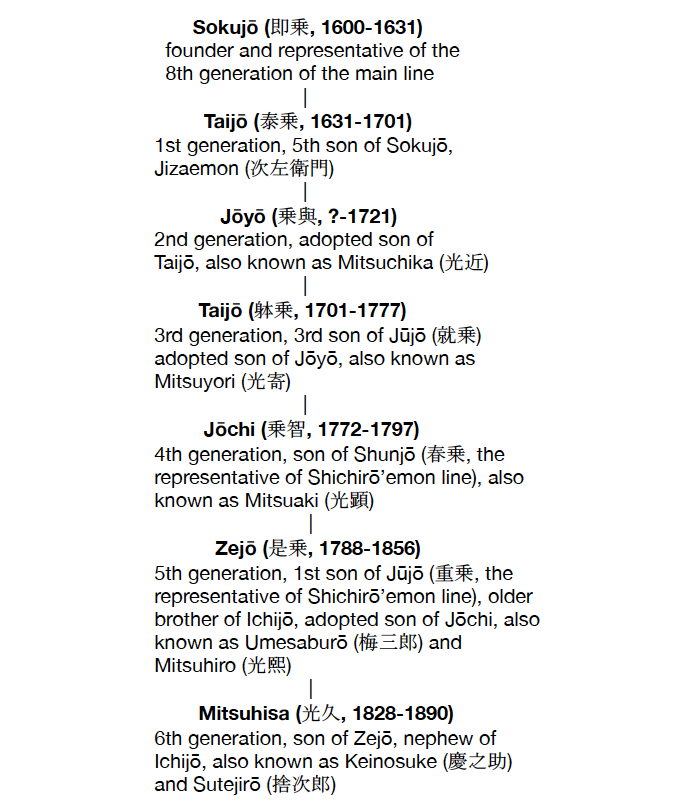 Gotō Mitsuhisa was known as a very skillful master of the late Edo period. He was the nephew of Gotō Ichijō (後藤一乗) and worked in the Ichijō style. Mitsuhisa's skill was so high that many experts believe his unsigned works are indistinguishable from Ichijō’s. 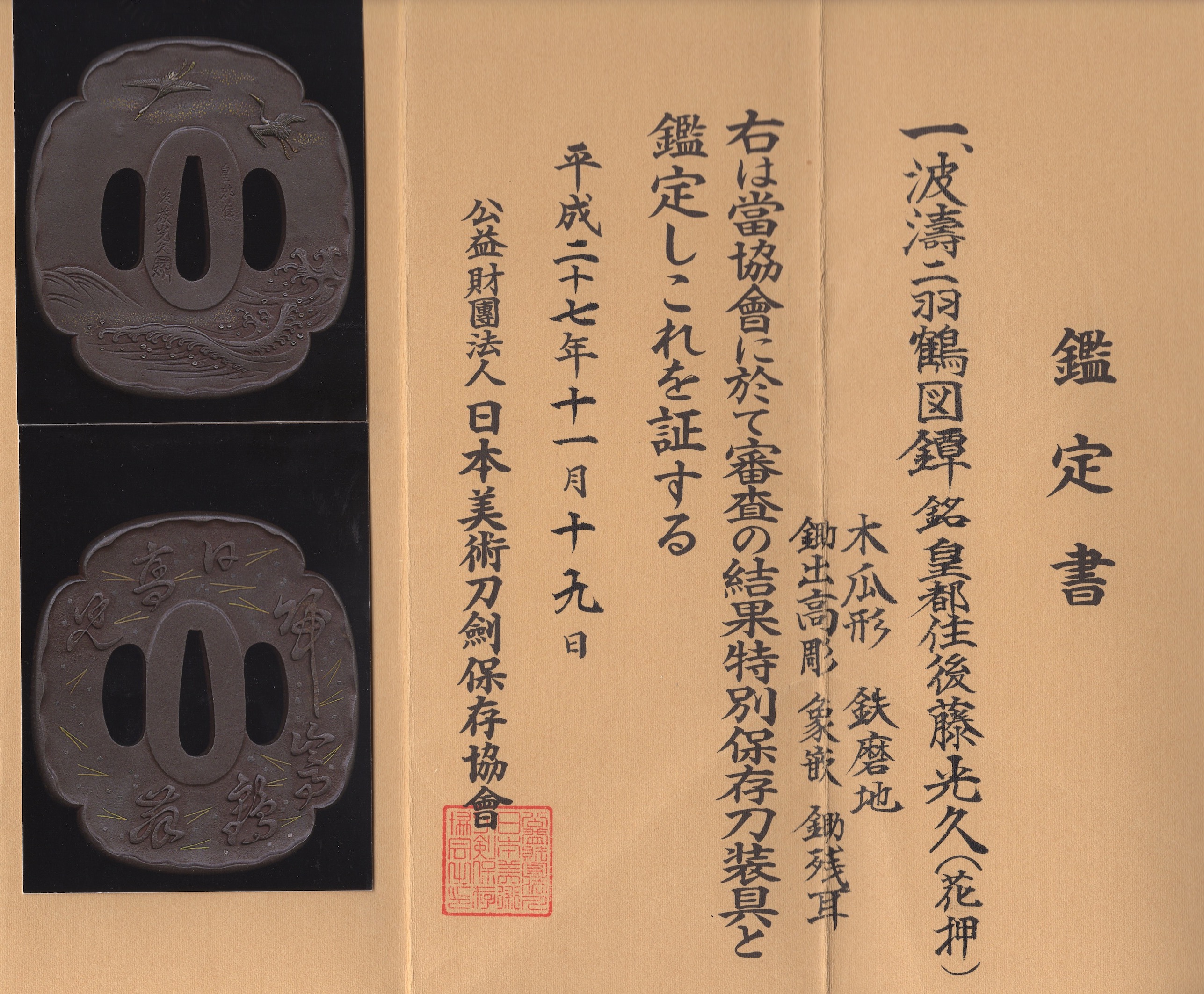 This work is an auspicious work made in sukidashi-takabori (鋤出高彫) style which can be interpreted as high relief carvings. This style is very common in the works of the Gotō family. it is a rare item that can be mistaken for a work of the Ichijō, and shows the relationship with the Ichijō as well as Mitsuhisa's skill.

This tsuba was designated as Tokubetsu hozon-tōsōgu and exhibited at the Shōyūkai Appreciation Party in 2016. 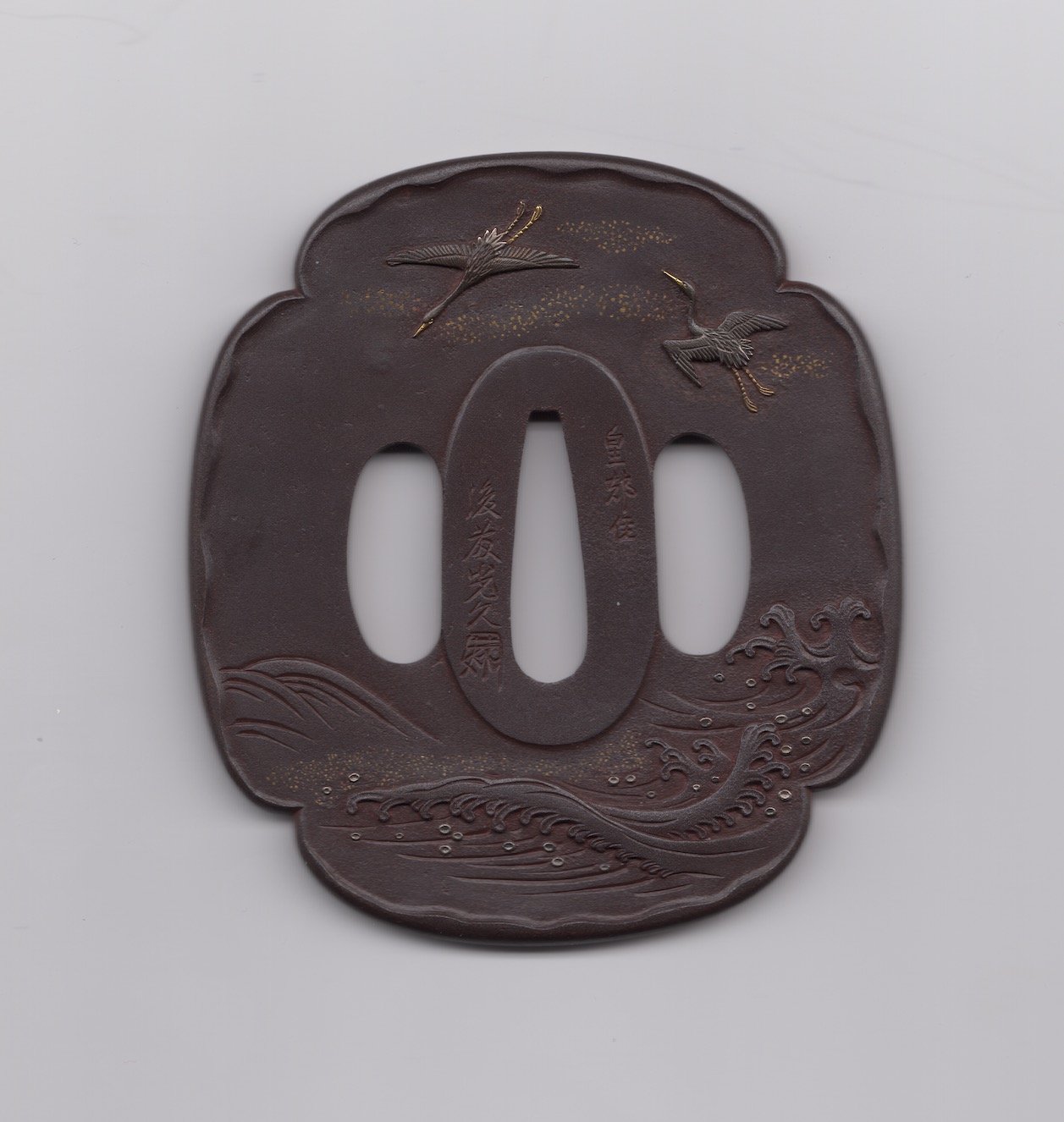 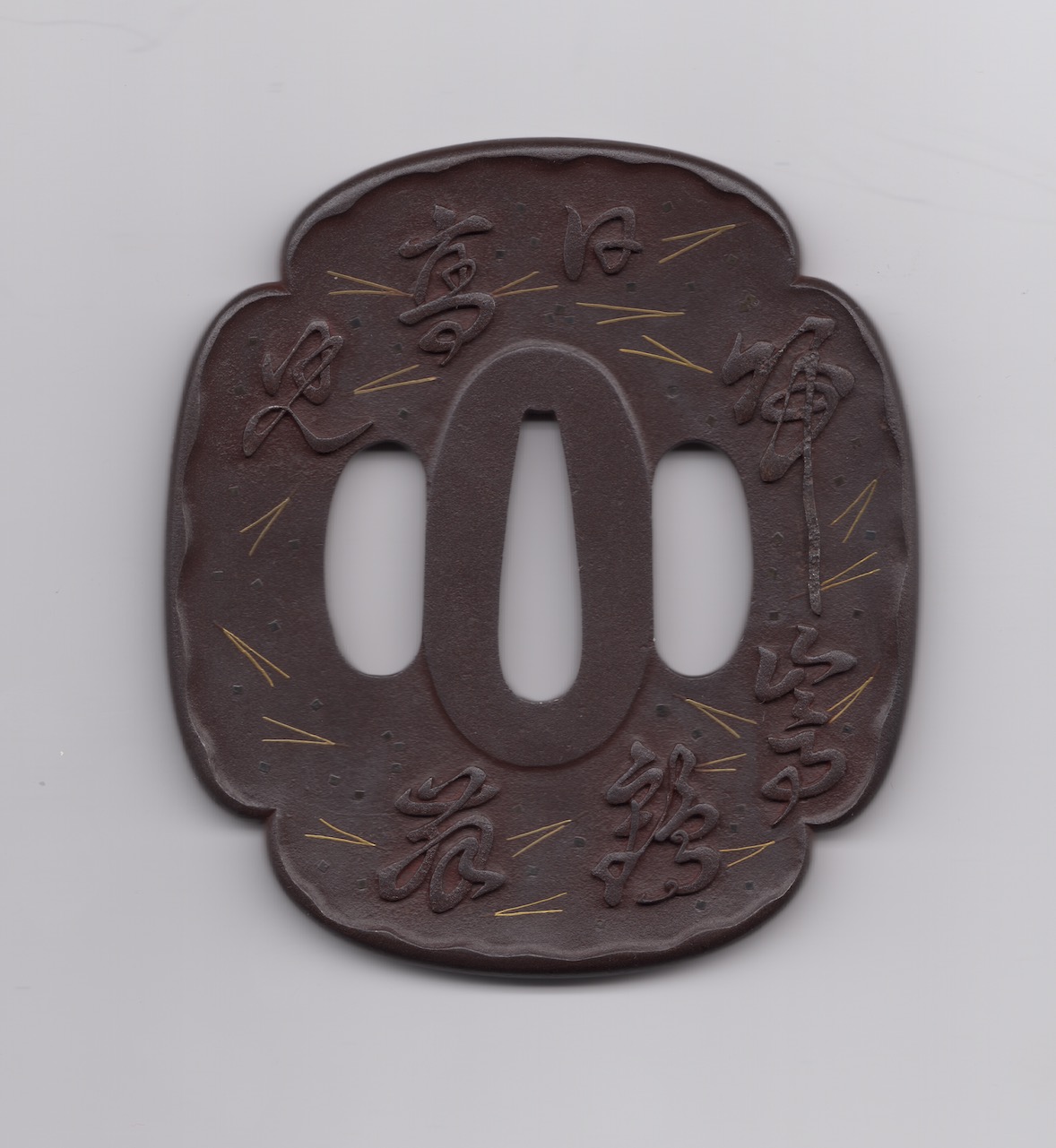 Translation: The cranes returning to Sung are dancing, the sun is high.

The Sung was mentioned here is a mountain name in Henan province of China. Sung is considered to be one of five sacred mountains in Chinese Daoism.

This is a line from a poem found in a medieval collection of poems written in Chinese, entitled Wakan Rōeishū (和漢朗詠集, 1018). [An English translation by J. Thomas Rimer and Jonathan Chaves is entitled "Collection of Japanese and Chinese Poems for Singing”].

The Wakan Rōeishū by Fujiwara no Kinto.

The author of the poem is Ōe-no Mochitoki (大江以言, 955-1010), was a Japanese court noble and scholar in Heian period. There is also a quotation of this poem in another famous manuscript: the Kokon Chomonjū (古今著聞集, 1254, "Notable Tales Old and New"). 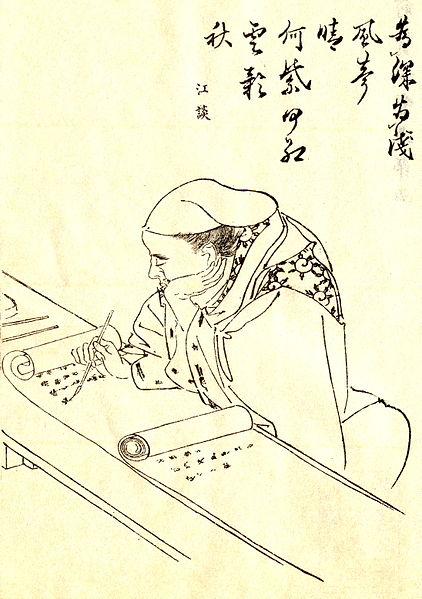 There is an interesting aspect about this inscription: the order of kanji. Usually, the inscription should be read from top line. But following the original poem order is starts in the middle, goes to lower line, and then goes to the line on the top. This order is supposedly made deliberately wrong with two goals. The first would be to show the so-called asobigokoro – “the playful spirit”, i.e. a creative soul of the artist that breaks strict orders. The other would be making this a riddle to reveal true connoisseurs of poetry. Only actually knowing the poem would allow the viewer to read the line correctly. Such high-taste motifs are often found on tōsōgu, and pieces like this would be usually order-made to hint the owner’s tastes and high education level.