28 september 2020
Despite the fact that the Fujishiro family has been actively working in the field of the Japanese sword for only three generations, this period was enough to gain a reputation as some of the best Japanese sword polishers. 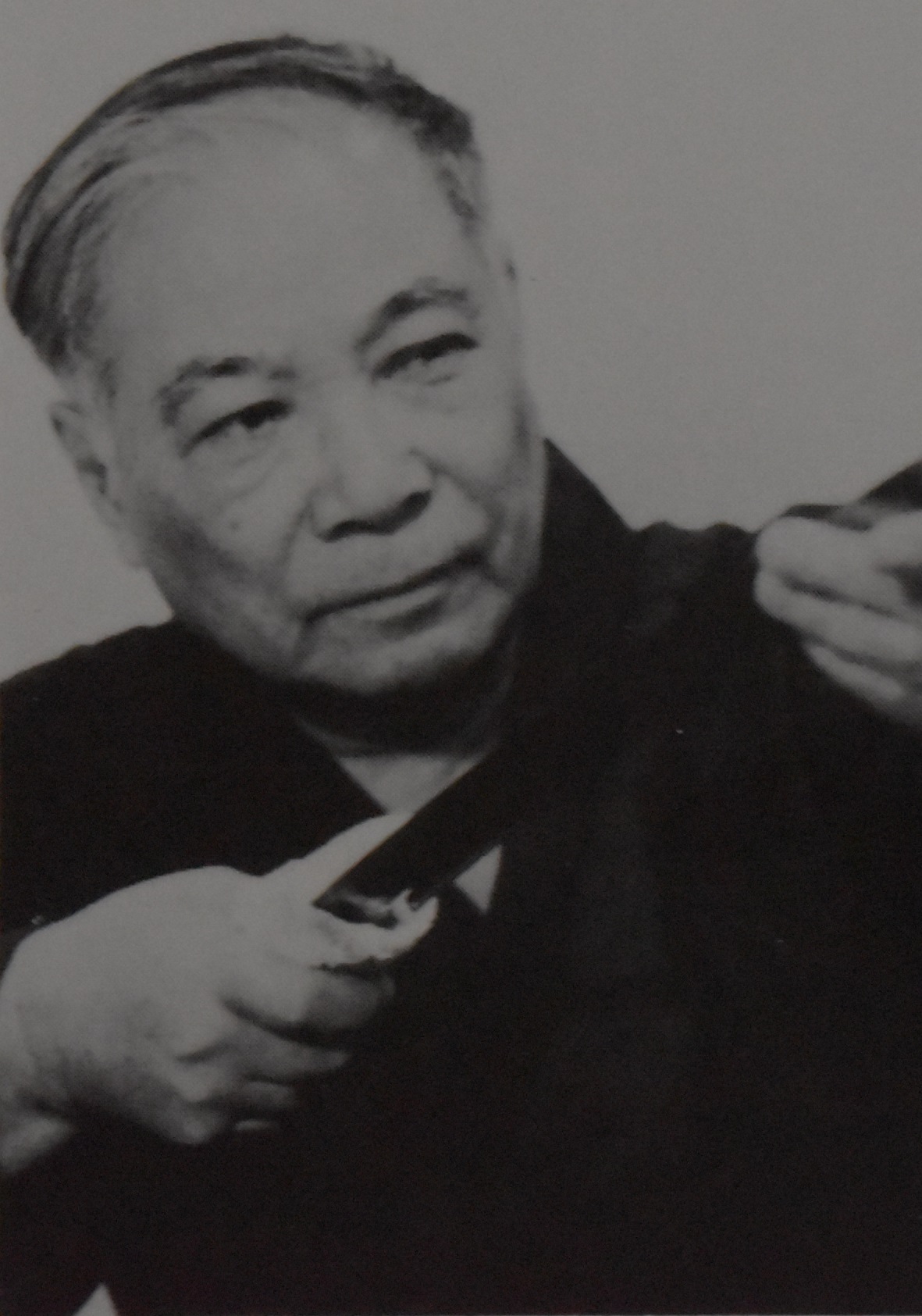 It is said that Hon’ami polishing tradition to date back to the Kamakura period. Hon ́ami clan’s records indicate that Myōhon (妙本), who lived during the Nanbokuchō period, was one of their ancestor. Another polishing tradition that has a fame comparable to Hon ́ami today is the Fujishiro tradition. Despite the fact that the Fujishiro family has been actively working in the field of the Japanese sword for only three generations, this period was enough to gain a reputation as some of the best Japanese sword polishers.

The Fujishiro polishing tradition was founded by Fujishiro Fukutaro (藤代福太郎, 1878-1949). He was the disciple of Ishikawa Shuhachi (石川周八) around a Taisho era (大正, 1912-1926). Fujishiro Fukutaro had a special talent for visually recognizing the characteristics of polishing stones and the marks which stones left on the sword in the process of polishing. He developed a unique technique placing the sword on the stone, which allowed him to work more confidently and faster. He had three sons who were involved in the process of sword’s polishing and evaluating:

Fujishiro Matsuo sensei was born in April 21, 1914 in the Kanda (神田) district of Tōkyō, later he moved to Kudan (九段) district at home located near Yasukuni shrine.

1927 Fujishiro Matsuo began his training in the art of sword polishing under the guidance of his father; he left school, in which he did not really like studying, which caused very strong anger in his mother; his father charged 16-18 yen for regular polishing and 20 yen if he worked slower and more carefully providing highest level of polishing, while other polishers charged 50; this allowed attracting many clients and gaining popularity.

1936 it is said that a sword collector came to Fujishiro Yoshio with a sword by Rai Kunitoshi that had recently been polished by a top-level polisher who was paid 50 yen for this work. However, despite the high level of master polisher, the owner was dissatisfied with the quality of the work, as the nioiguchi line was not properly emphasized. This sword had been re-polished by Fujishiro Matsuo, who was able to bring out all particular activity both in the ha and ji areas and charged only 20 yen for his work. It was a very good step for increasing his reputation as high-class polisher.

1937 Fujishiro Matsuo married and bought his own house located near his father's house. 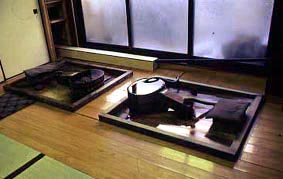 Figure 1. Full view of the workplace: the room with north-facing light does not receive direct sunlight and is exposed to stable light.

1948 he returned back in Tōkyō as after sword ownership became legal again and the occupying authorities began the process of returning swords to their former owners, the demand for the services of polishers began to recover.

1949 he began to attract disciples for work and training in his workshop. 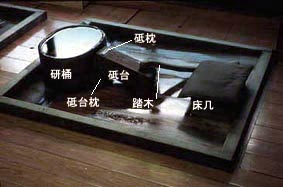 1951 Fujishiro Matsuo began to re-start publishing one of his most famous sword picture quarterly journal the Meitō Zukan (名刀図鑑) in his brother’s memory; simultaneously with a unique polishing technique, he invented a special blade photography technique that is still unique today and which provides excellent results against the backdrop of many more modest attempts.

1955 while working on polishing swords from the Futarasan Shrine (二荒山神社) collection, he polished one of the famous sword: Jūyō Bunkazai “Nenekirimaru” (祢々切丸), one of the longest sword in Japan with nagasa 216.7 cm, total length 324.1 cm and weight 24 kg. 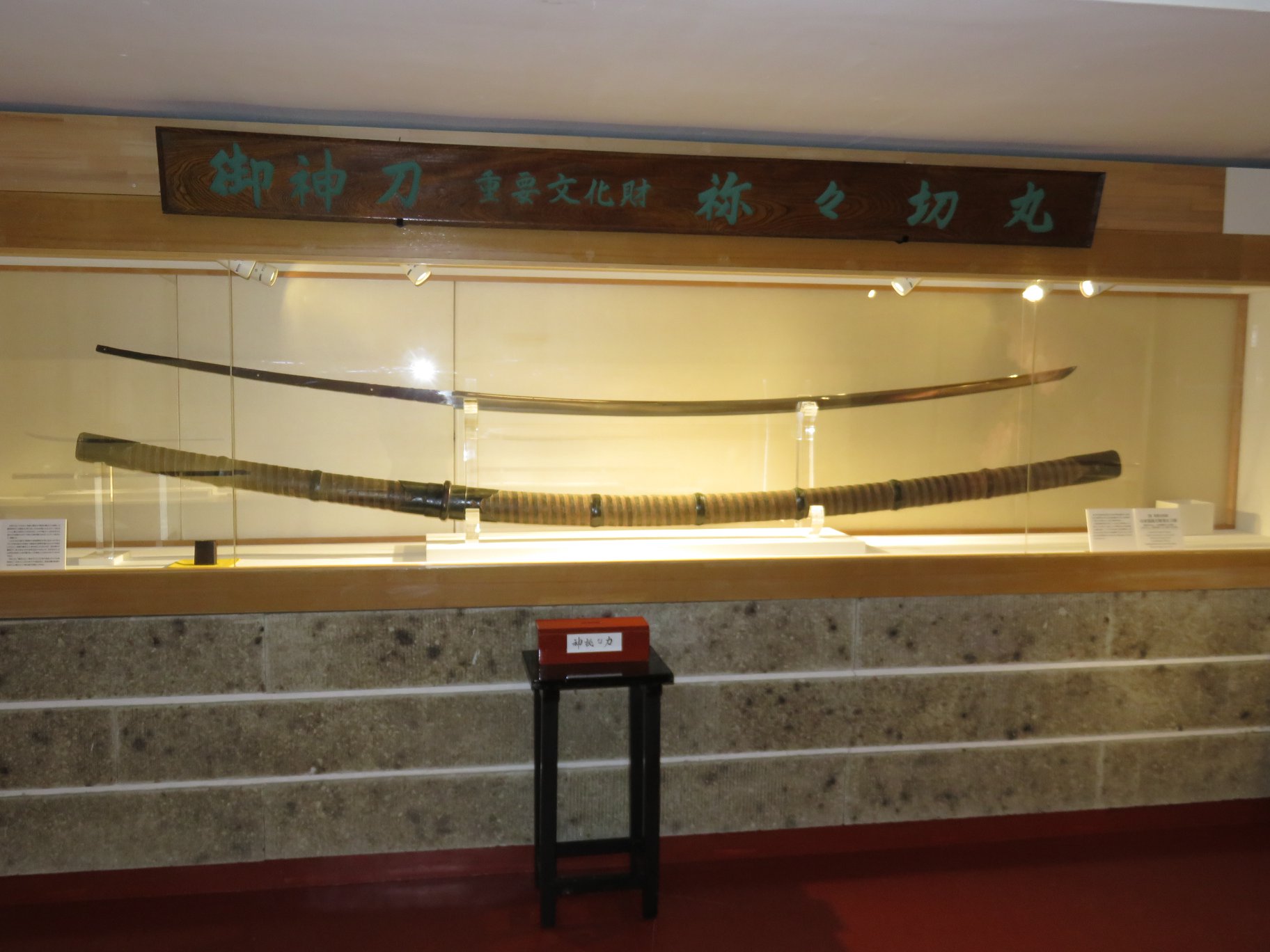 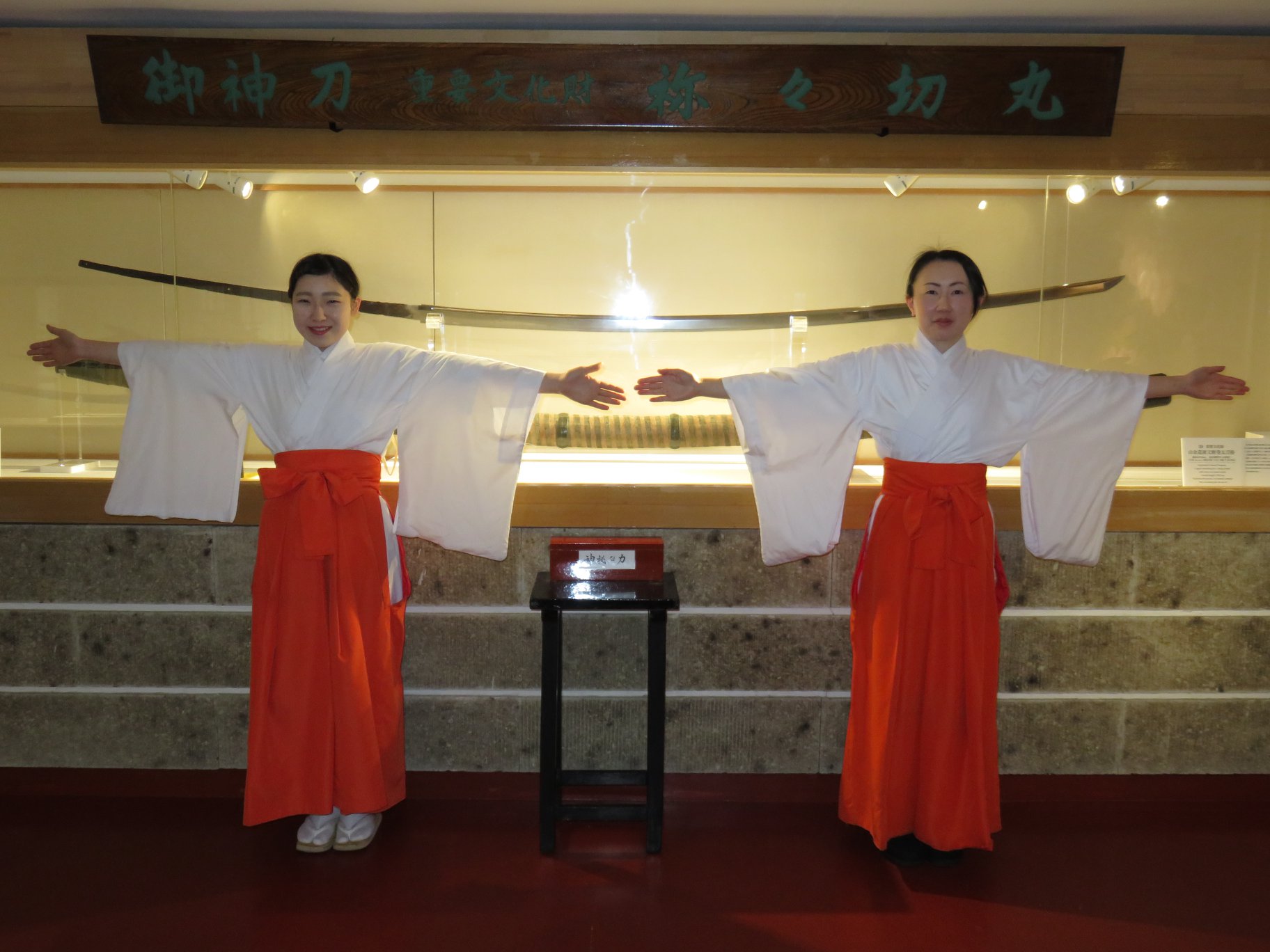 1978 Fujishiro Matsuo published a new edition of the his famous Meitō Zukan book. 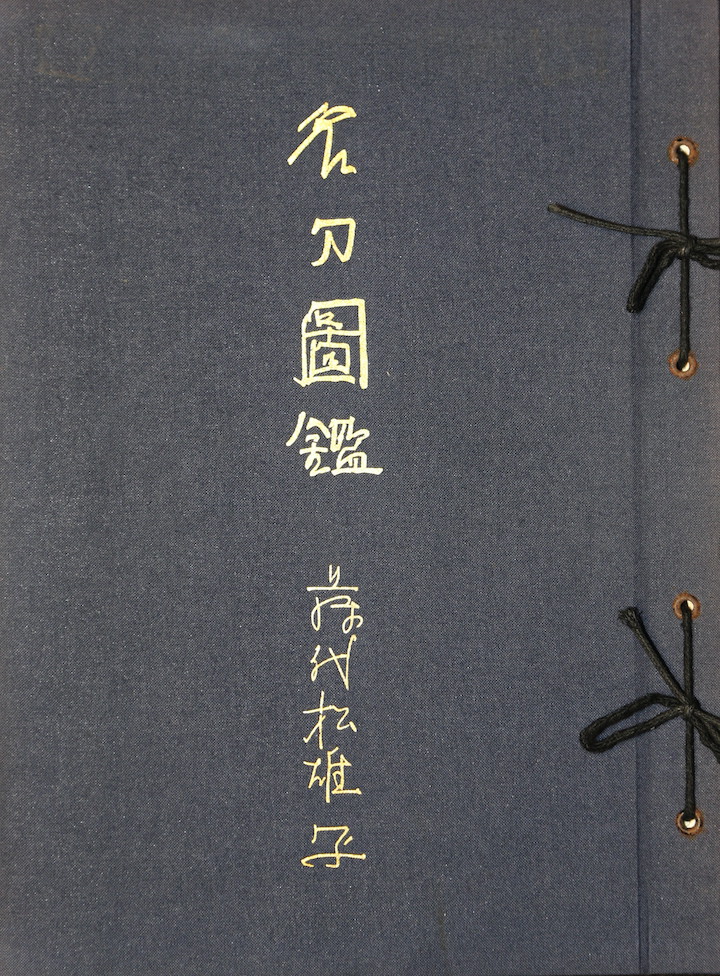 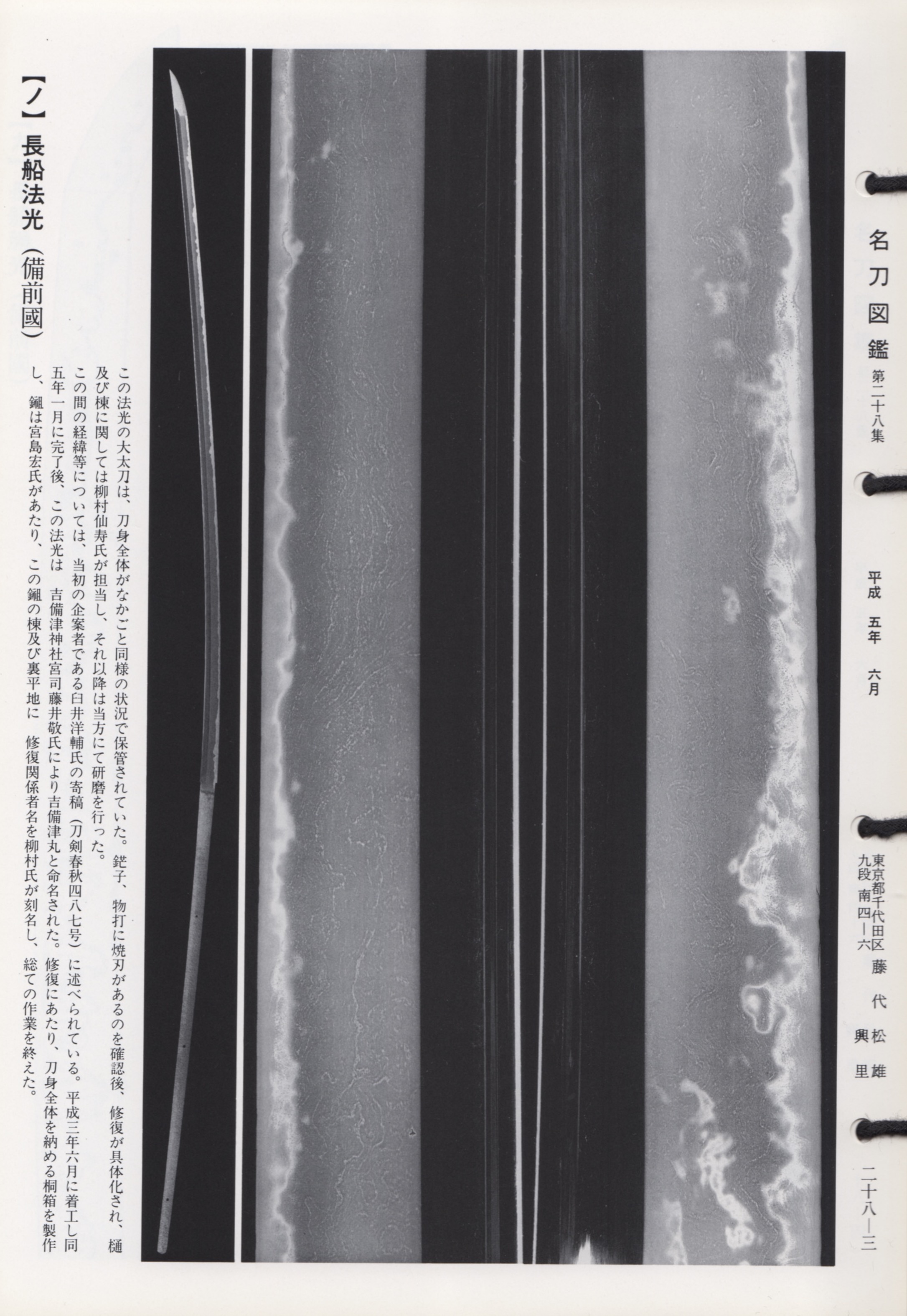 Figure 4. “Kibitsu Maru” ōdachi after being polished by Fujishiro Matsuo.

1996 Fujishiro Matsuo was awarded the title a “Living National Treasure” (人間国宝—Ningen Kokuhō); he believed that before the beginning of the Shintō period, the polishing techniques of that time allowed only the activity of the hamon to be successfully visible, leaving the ji elements ignored; he believed that jizuya (地艶, literary can be translated as ji gloss) and nugui (拭い, cosmetic polishing process) stages of finishing polish came in to the practice in the beginning of the Edo period only; migaki (磨き, burnishing) and hadori (刃取り, steps for express the contrast between ji and hamon) got their proper development only during the Meiji period; he successfully developed his style and rose to this level of mastery thanks to the education he received under the guidance of his father, who focused on basic knowledge, leaving more creative freedom, unlike Hon’ami with their extraordinary strict rules and limitations. 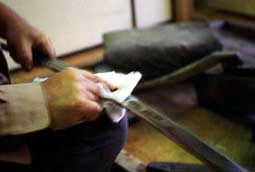 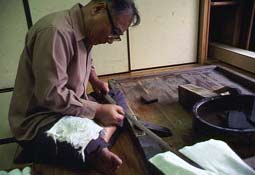 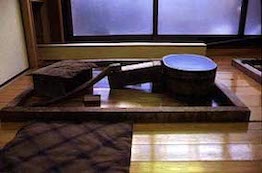 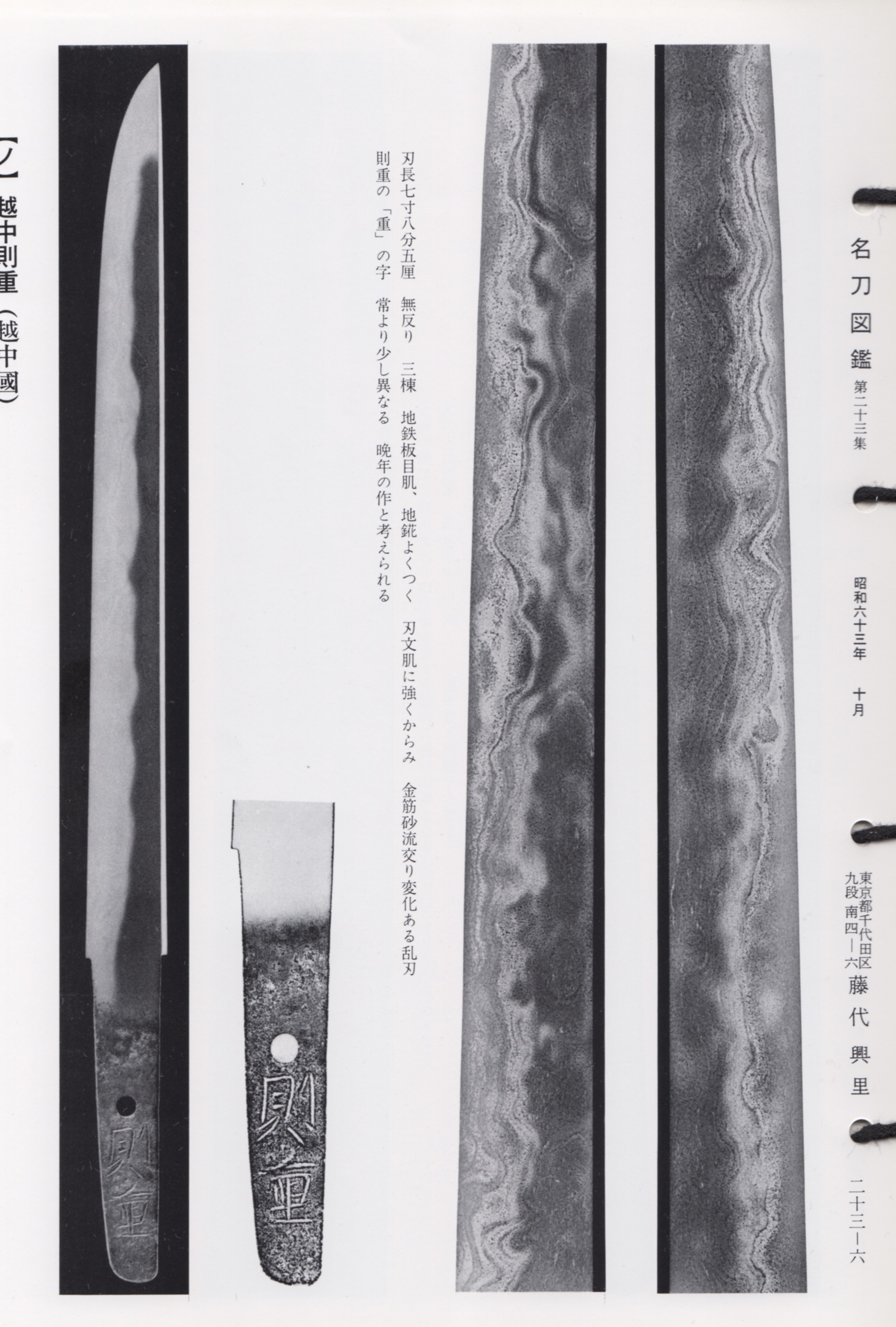 Figure 6. Etchū Norishige tantō after being polished by Fujishiro Matsuo. 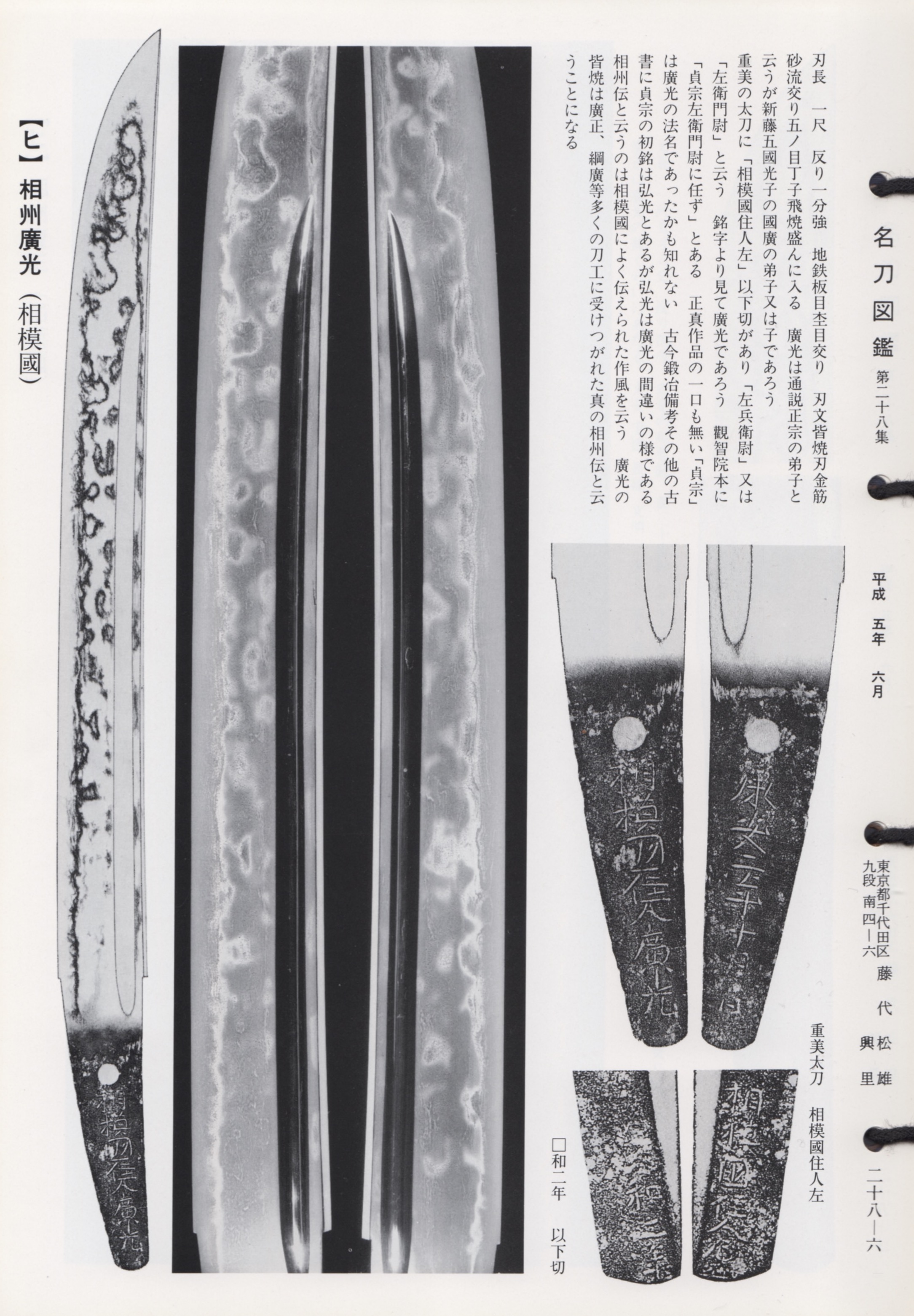 Figure 7. Sōshū Hiromitsu wakizashi after being polished by Fujishiro Matsuo. 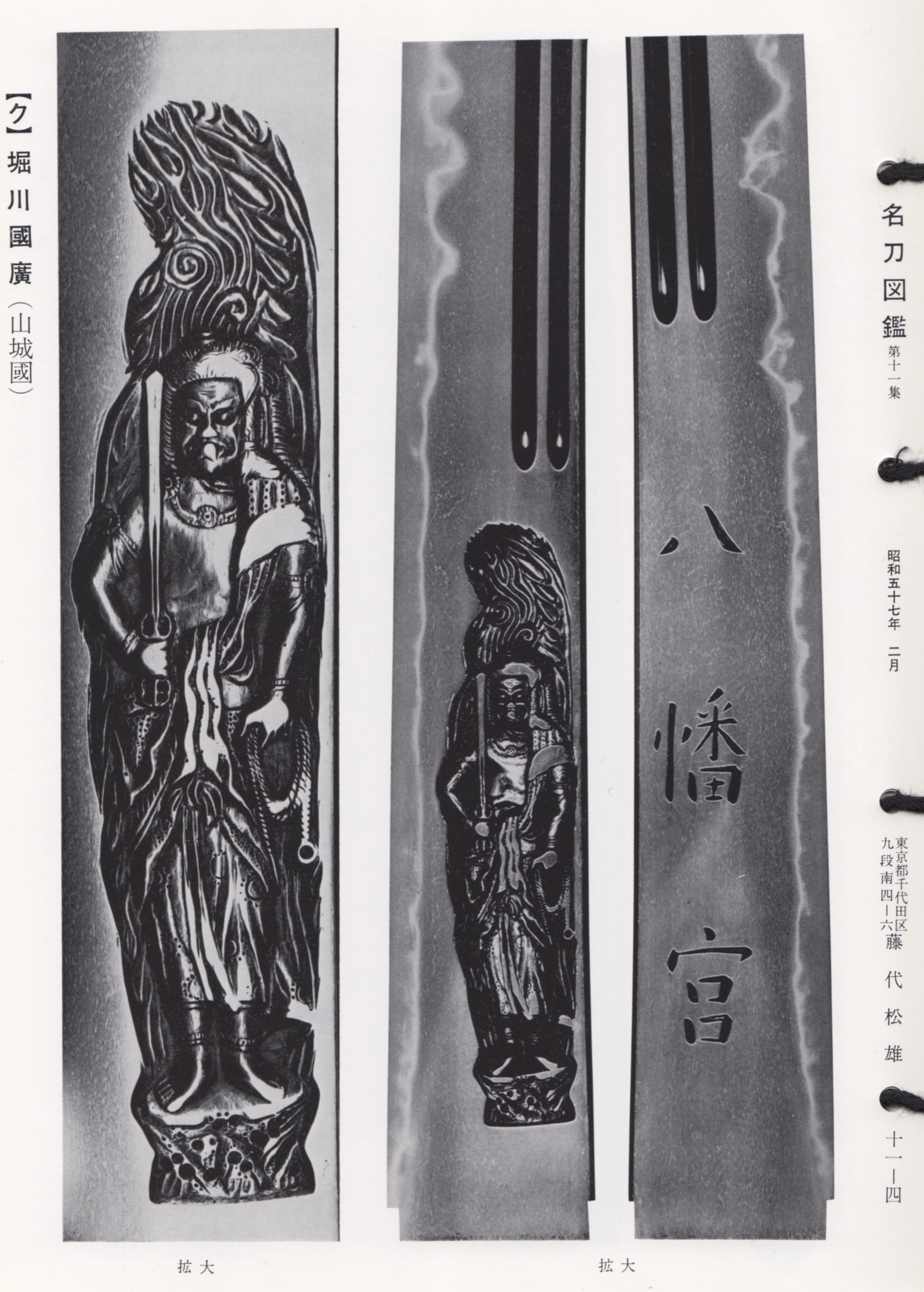 Figure 8. Horimono on the Horikawa Kunihiro's sword after being polished by Fujishiro Matsuo. 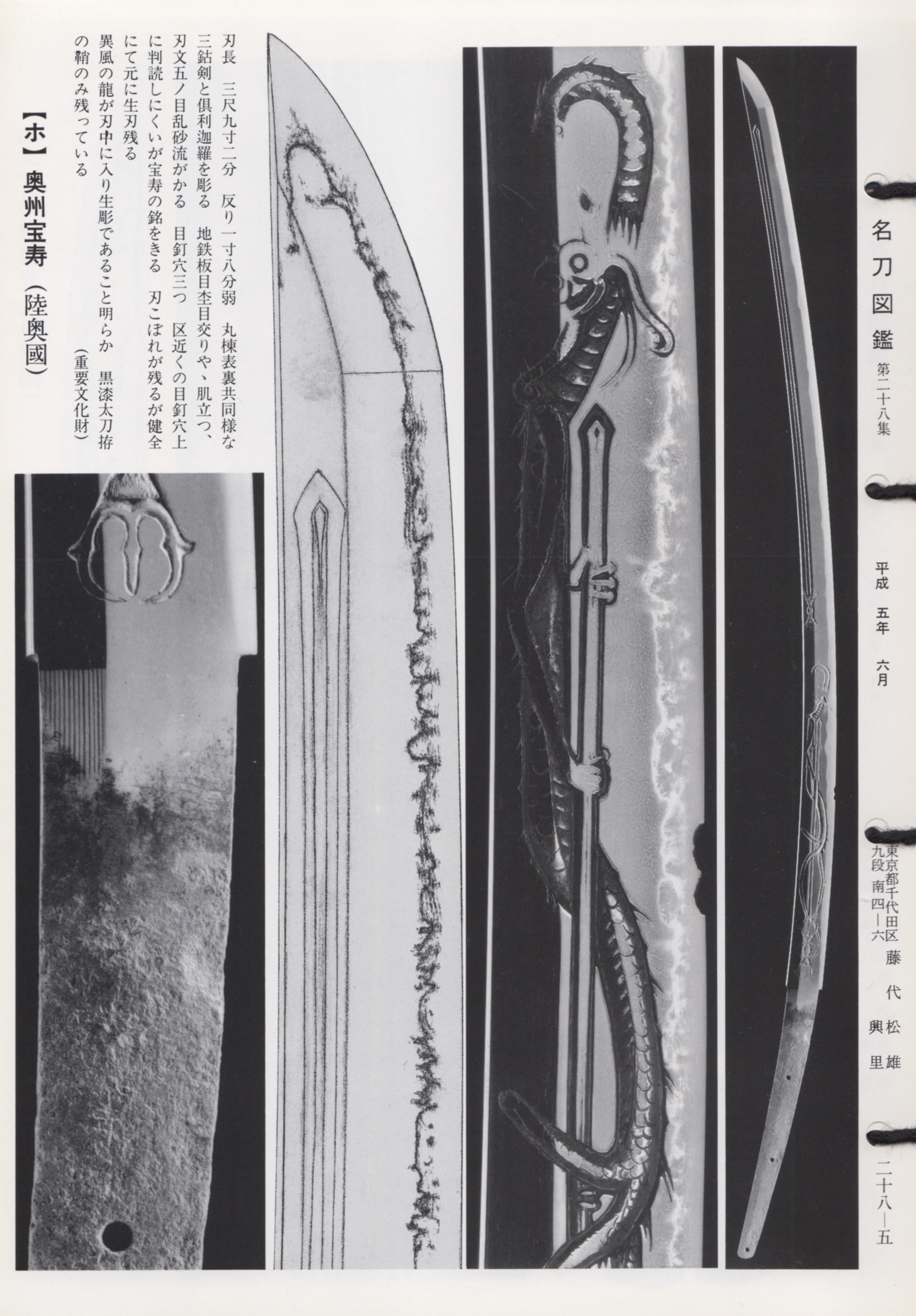 Fujishiro Matsuo sensei passed away on June 12, 2014 and his son Fujishiro Okisato (藤代興里) is currently continuing his work and traditions.